The 2019 Del-York Creative Academy’s one month hands-on intensive training program (DCA) commenced on the 10th of May 2019; and the world is witnessing the silent rebirth of Africa’s Creative Industry. The program brought with it senior executives from Warner Brothers, the University of Southern California (USC) alongside some of the most celebrated Hollywood instructors and Emmy award winning filmmakers.

Following a long flight from Los Angeles and New York, the 25 lecturers were welcomed personally to the entertainment hub of Africa, Lagos, by the CEO of Del-York International, Mr. Linus Idahosa and other DCA staff members.
The academy is currently training 250 of the most creative talents from across Africa at the DCA campus in Victoria Island, Lagos.

A clear expression of Del-York International’s commitment to “Changing the African Narrative and Driving Social Change across the Continent, using the agency of film and organized media. 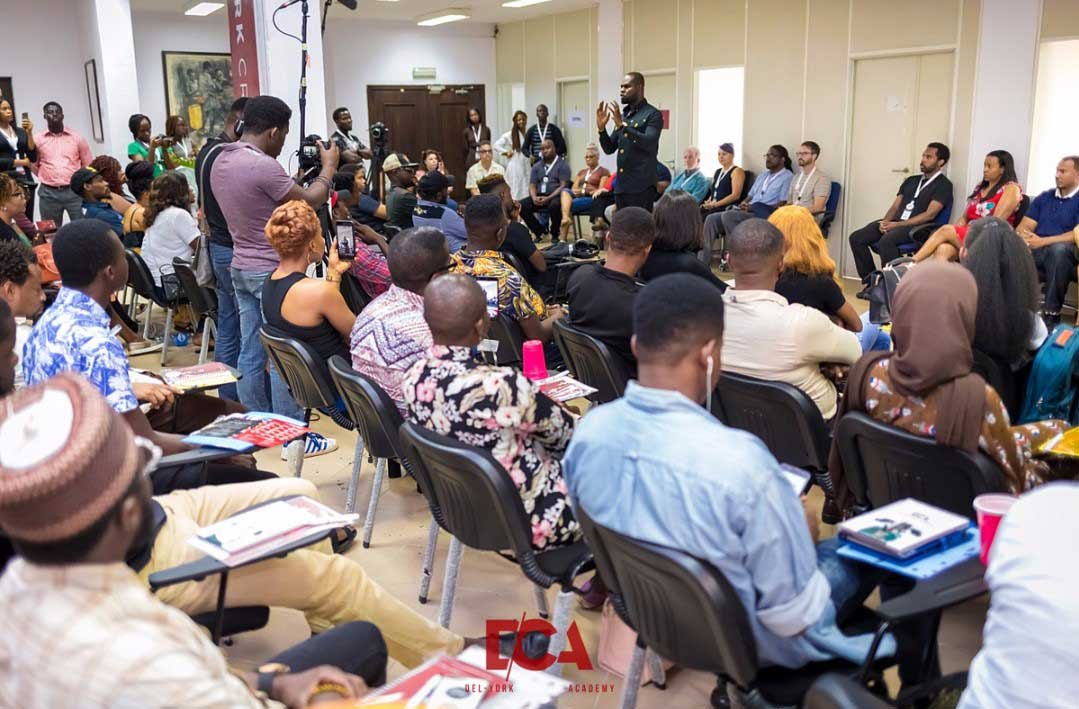 At a press conference hosted by the founder of the academy, Mr. Linus Idahosa said, “Africa’s share in the global trade for creative products is still less than 3 percent, this is an anomaly we at the Del-York Creative Academy intend to correct.
The Academy is providing Africa’s next generation of storytellers and media practitioners the skillset needed to ignite their passions, connect with industry professionals from around the world, whilst selling authentic African stories. The African creative industry is an untapped gold mine capable of changing the entire continent and the Academy is a labour of love, a seed intended to provide the needed infrastructure for budding creative talents”.
The sponsors for this edition include amongst others Warner Brothers, Choice International, GAC Motors, LontorPays, GREE ACs, Guardian Studios, The Guardian, Trace Naija, Yoomee. GAC Motors will be giving a brand new GA3S car to the overall best graduating student.

The Academy is re-skilling and re-tooling African filmmakers and media professionals giving practitioners the tools and requisite skill set necessary to increase the number of professional talents the continent has to offer.